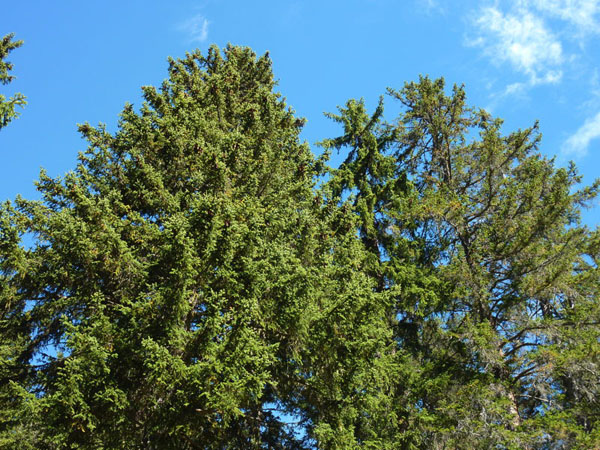 Over the past decades periods of increased crown transparency were observed for both beech and spruce. They can mainly be explained by meteorological extremes and, in beech, fructification and ozone. For the three oak species, temporal changes in crown transparency are uniform with slightly higher crown defoliation for downy oak compared to pedunculate and sessile oak. A tree with a transparent crown has fewer leaves to assimilate carbon dioxide and produce carbohydrates; therefore, its photosynthetic capacity and growth are reduced.